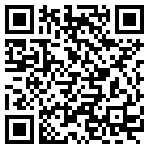 Ballistic Overkill is a bombastic, brutal, and bullet-filled multiplayer shooter. It blends classic arena shooter action with modern FPS gunplay giving you a fast paced class based shooter that’ll leave your opponents bloody on the battlefield. With a progression system that means your wins actually matter and a huge map pool with 5 varied game modes, there’s something for every shooter. Whether you prefer chasing team objectives or the thrill of classic deathmatch, Ballistic Overkill has the gun and the mode for you.

Pick a class, choose your gun, and dive right in, Ballistic Overkill has no barrier between you and immediate run and gun action. Designed from the outset to be ‘pick up and play’, Ballistic Overkill is for you regardless of your level of FPS experience.

Maps and game modes
From parks, to malls, to abandoned hospitals and factories, Ballistic Overkill covers a wide variety of locations in its 10 maps. Each is filled with death, either your opponent’s or if you’re not readyâ€¦yours.

All maps feature multiple game modes to liven things up including:
Team Deathmatch
Free for All
Capture Point
King of the Hill
Rounds

Steam Marketplace and Unlockables
With over 80 weapons in game, there’s always a new way to kill your enemies in Ballistic Overkill, and with droppable skins that you can trade and/or sell through the Steam Market you can now do this with style and flair. The game features Class based lockboxes and drop Seasons that will change every few months so players can seek out the best skins and unlockables across 5 different rarity types. These unlockables will be dropped in keyless lockboxes so nothing will prevent you from opening them and grabbing the amazing content inside.

Can be enjoyed by both casual and competitive gamers." Skyrunes, Steam User

I’ve really enjoyed playing this game through different versions to watch it evolve and once it’s finished it’s going to be a really fantastic game." Liamdawe, Gaming on Linux