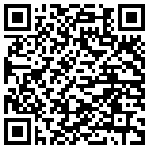 The Cossacks is the sixth major expansion for Europa Universalis IV and focuses on Hordes and Eastern Europe. This addition allows you to plunder your neighbours as a horde in order to keep your tribes loyal and raze their lands to gain power to advance in technology or reform into a settled nation. The internal politics of nations is brought to life with the Estates, representing powerful interests such as the Magnates of Poland-Lithuania and the eponymous Cossacks of the steppe. More detailed control over the cultures and natives living in your nation and the ability to work more closely with your AI allies and understand their goals will let you bring out your inner Peter the Great.

Adds internal politics in your country, with power groupings such as the Church, Nobility andÂ Bourgeois fighting for control.

Adds the ability to interact much more deeply with the AI by setting your attitude and telling it what you want out of wars.

Hordes must attack their neighbors to secure plunder in order to keep the tribes happy, or risk a tribal uprising. Hordes can raze territories they conquer to get monarch points and raise horde unity.

Adds the ability to choose what culture you want to convert a province to from any neighbouring culture, or restore the original culture of the province.

Adds the ability to set your policy towards the natives in your colonies, allowing you to focus on trade, assimilation, or subjugation.